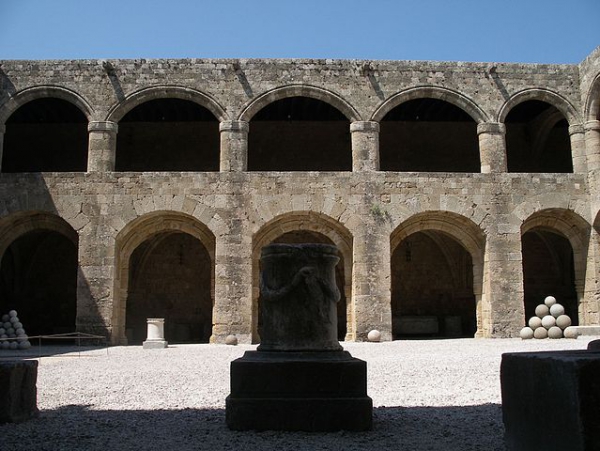 The Archaeological Museum of Rhodes is housed in medieval Gothic and Renaissance elements building the Hospital of the Knights, construction started to build on the ruins of a Roman building in 1440 by Grand Master de Lastic (De Lastic) and completed fifty years later the Grand Master d' Aubusson (D'Aubusson) (1489).

The collections of the museum's excavations of the Italians and later excavations , Rhodes and the other Dodecanese from the Mycenaean , Geometric , Classical and Hellenistic period , even monumental sculpture of the Roman period , aimed at highlighting and understanding the ancient history of Rhodes .

The Archaeological Museum of Rhodes supervised by V. Prehistoric and Classical Antiquities .

Tweet
More in this category: « Palace of the Grand Magistros Rhodes Aquarium »
back to top